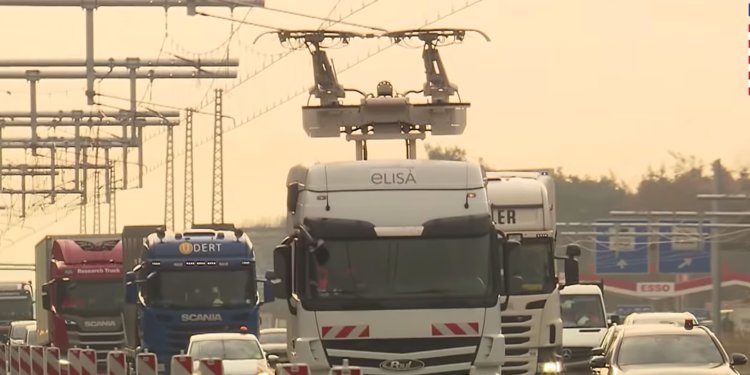 The Siemens eHighway on its first test in December 2018. YouTube/Hessen Mobil – Road and Traffic Management

Germany has opened its first section of “eHighway”, allowing hybrid cargo trucks to charge their batteries while travelling.

The German government introduced the technology on 6-miles of Autobahn near Frankfurt. The “e-Highway” uses 670-volt direct-current overhead cables that enable electric trucks to draw power and recharge their batteries on the move.

The ‘electrified innovative heavy traffic on the Autobahn’, also known as the ‘Elisa’ program, is an environment-ministry-sponsored project involving  Siemens and authorities from the state of Hesse, where it is taking place. 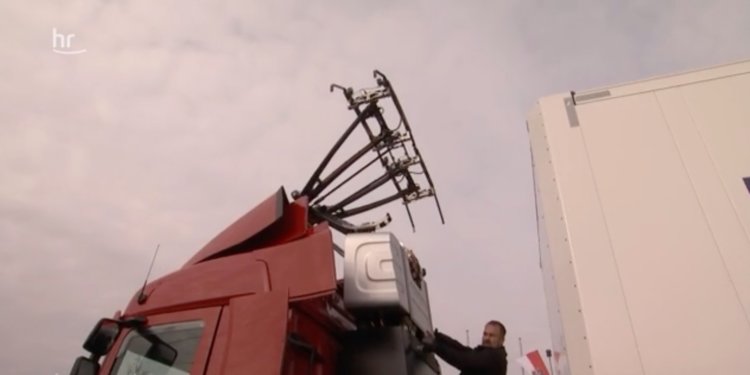 A truck with its extended conductor rods. Hessenschau

The trucks have conductor rods called pantographs added to the top of the cabin and must be going less than 56mph to successfully make a connection.

When connected, they run on electricity alone. When they re-join the normal highway, they switch back to their hybrid engines. 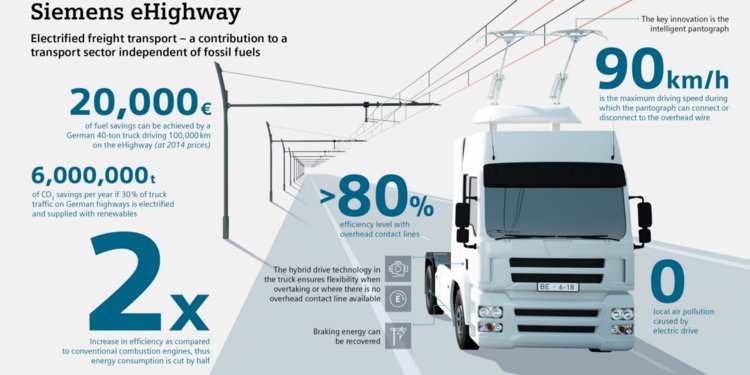 Siemens, which makes the eHighways, published this graphic. Siemens.

The 6-mile stretch of the A5 Autobahn will be tested until 2022. After this testing period a decision will be made on whether or not to expand the project. The project has cost the government a total of 14 million euros so far and 70 million euros ($77 million) to make a special hybrid truck with Scania and Volkswagen for the track.

This video (linked below) from Siemens shows how the project is intended to connect sea ports with cities using the trucks and the eHighway.

Two more eHighway tracks are currently being built: one in the northern region of Schleswig-Holstein, and the other in Baden-Württemberg, in southwest Germany.

In comparison with levels from 1990.