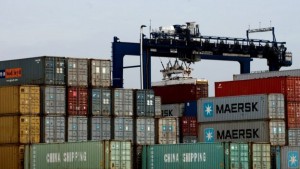 The government has announced that most imports into the UK would not attract a tariff in the event of a no-deal Brexit in a 1,477 page document.

Currently 80% of imports are tariff free, but under a temporary scheme 87% of imports by value would be eligible for zero-tariff access.

The new tariff regime would mark a shift in favour of products from non-EU countries.

Currently 100% of EU imports are tariff free, but the new scheme would bring that down to 82%. 92% of imports from the rest of the world would pay no border duty – an increase from 56%.

The UK car industry will receive some protection under the new plan, with some imported cars attracting tariffs. Car parts from the EU would be tariff free, which will help car plants in the UK.

Imports of cars from the EU will have a tariff of 10% applied, which would add £1,500 to a typical family car. Volkswagen has already said the cost would be passed on to the buyer. Car parts such as engines would have no new tax applied to avoid disruption to the movement of components. A spokesman for Ford UK warned that the tariffs would “deal a devastating blow to much of the complex and integrated automotive industry, and would damage the competitiveness of Ford’s engine manufacturing in the UK”.

While some tariffs will protect farmers producing meat, other sectors of farming will have low or no tariffs. The National Farmers’ Union President, Minette Batters, said that eggs, cereals, fruit and vegetables would not receive any protection under the plans. The plans would see the current tariff rate on oranges cut from 16% to 0%, the rate for onions down from 9.6% to 0% and the tariff on imported televisions down from 14% to 0%.

Goods to have their tariff rates cut to zero

Unite assistant general secretary for manufacturing Steve Turner described the potential no-deal as “economic vandalism which is threatening jobs and livelihoods” and called for tariffs to be dropped on EU imports.

Carolyn Fairbairn, director general of the CBI described the changes as a “sledgehammer to our economy” as companies spend more on stockpiling.

She said: “These are being imposed on this country with no consultation with business with no time to prepare.”

Why is the government planning to cut tariffs?

“Our priority is securing a deal with the EU as this will avoid disruption to our global trading relationships. However, we must prepare for all eventualities… this balanced approach will help to support British jobs and avoid potential price spikes that would hit the poorest households the hardest.”

Prof Alan Winters, director of the UK Trade Policy Observatory at the University of Sussex said:

“The new tariff seems a reasonable compromise between protecting vulnerable (and politically important) sectors and keeping prices down for consumers… for producers, there will be relief in some sectors and nasty surprises for others”

How will the Irish border system work?

The government announced that it will not introduce new checks or controls, or require customs declarations for nearly all goods moving from across the border from Ireland to Northern Ireland if the UK leaves the EU in a no-deal Brexit.

“Leaving the Irish border open also opens up the possibility of some EU goods being shipped to the UK via Ireland and so avoiding UK tariffs.”