The Mersea Island oysters received by Belgian customs officials crossed the North Sea on a high-tech boat making the first cargo-carrying sea crossing without a crew on board.

The 12m (29 ft) Sea-Kit designed and built in Britain, travelled through some of the world’s busiest shipping routes to demonstrate the abilities of uncrewed vessels. Larger versions are expected to be in service by the mid-2020s. 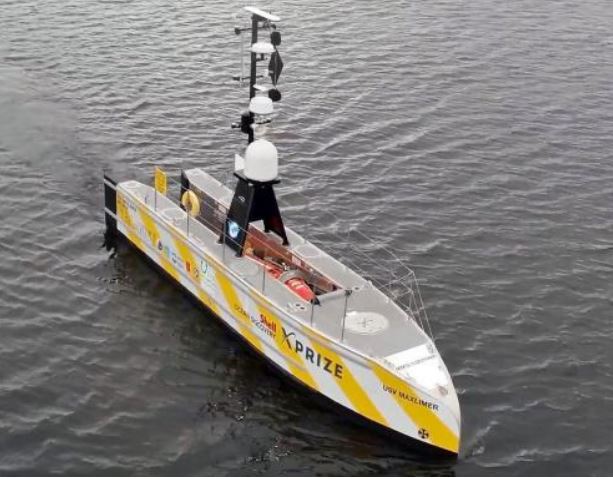 The vessel was piloted remotely from an office in Tollesbury, near Maldon, this week by two workers at a time in two shifts lasting a total of 22 hours. Its navigation system streams data from GPS, video cameras and radar on the boat to the control centre via satellite. The Sea-Kit is powered by a hybrid diesel-electric system and has a top speed of four knots. Despite its size, it has cargo capacity of 2.5 tonnes. 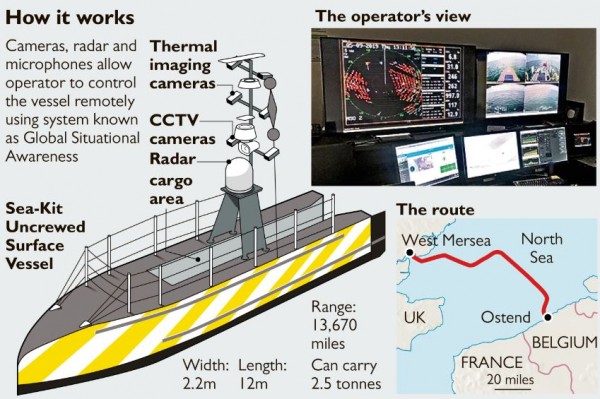 Companies such as Rolls-Royce are investing heavily in autonomous shipping, which has the potential to bring ships that are more efficient, safer and cheaper. The Department for Transport’s Maritime 2050 strategy aims to make Britain a “world-leader” in smart-shipping technologies.