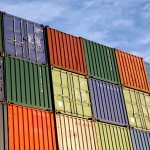 ranging between $600 and $775 per teu (per 20’container) to be implemented on 15 March. Why the increases? These increases tend to happen when the shipping lines remove a number of vessels from service. By removing vessels from service the carriers maximize space and revenue, thus using less fuel by running fewer vessels, but still making profits. Unfortunately this has a knock on effect to sea importers who endeavor to keep their overheads as low as possible when importing their goods for sale in Europe and the UK.

Members of the Transpacific Stabilization Agreement are recommending an increase in rates of $400 per teu for US west coast destinations and of $600 per teu for all others, effective 1 April 2013

Both GRI attempts may have limited success initially. We will continue to source our customers the most competitive rates in the market and the best services available.