Suzhou is a major city located in south eastern Jiangsu Province of East China, about 100 km (62 mi) northwest of Shanghai. It is a major economic centre and focal point of trade and commerce, and the second largest city in the province after the capital Nanjing. The city is situated on the shores of Lake Tai and belongs to the Yangtze River Delta region.

In 2016 Suzhou was ranked as the 7th most competitive city in China according to the Chinese Academy of Social Sciences. 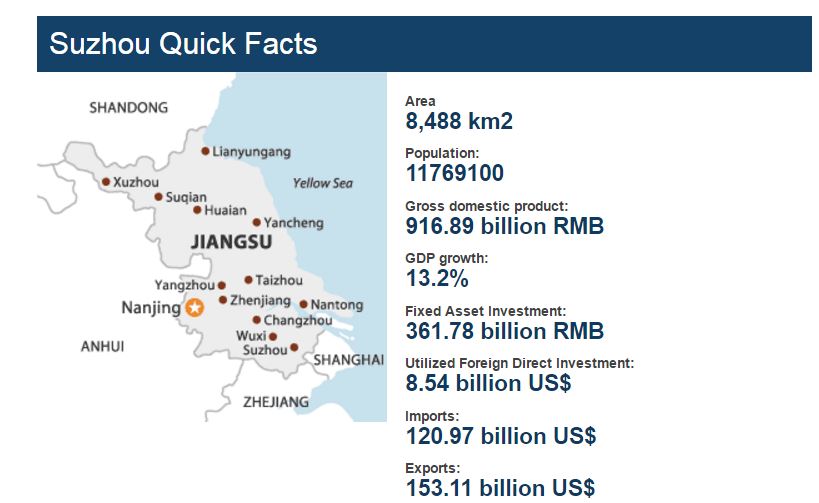 Suzhou is designated as a national hub in the Chinese Ministry of Commerce development plan (2015-2020) of distributive trade and logistics. The Beijing-Shanghai Express Railway links the city with other major cities in China.

Suzhou Port is the 10th largest port in China by the number of handled containers  in 2015, and offers cargo services to domestic and overseas cities.

Electronics, textiles, metallurgy, chemicals, and equipment manufacturing are the major industries in Suzhou. The whole industry sector accounted for 45% of the city’s GDP in 2015.
Suzhou Development Zones

Suzhou area is served by Sunan Shuofang Airport and Pudong Airport. The nearest port is Shanghai.

Unipac Shipping UK works with a very well established network of agents in Suzhou who provide bespoke logistics solutions to UK importers and exporters of products.

Please contact us for a shipping solution tailored to your needs.